The Mitsubishi Pajero LWB is one of the most popular off-road 4×4 SUVs, and it is easy to understand why. The Pajero is a 4-generation vehicle which has stood the test of time and always will. Powered by Mitsubishi’s 3.2 litres DI-D Engine which produces 140 kiloWatts of power and 441 Newton-metres of torque. The Pajero comes equipped with Mitsubishi’s exclusive Super Select II 4WD function, making it a beast off-road vehicle and a luxurious cruiser in the city streets. 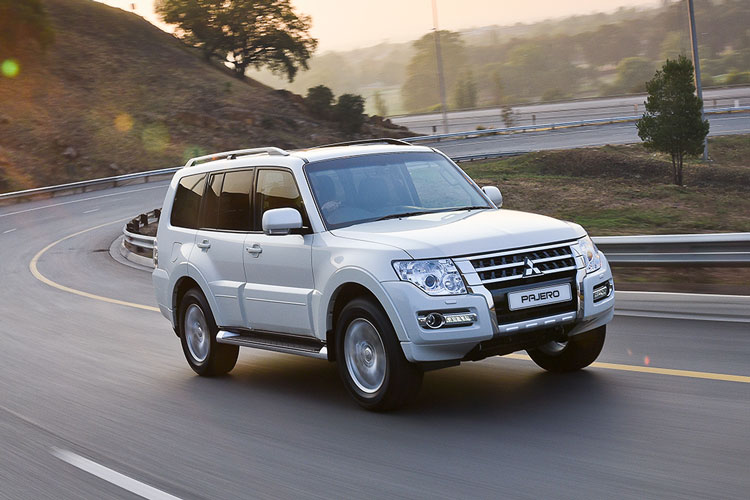 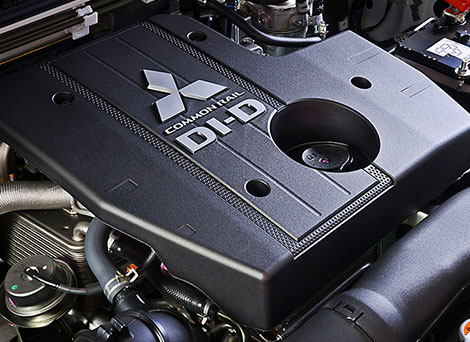 Super Select II 4WD is Mitsubishi’s unique system that offers four different drive modes for better driver control and passenger safety. The different functions distribute torque for various conditions like dirt, gravel and wet roads on and off road. Selections from 4H to 4HLc for slippery conditions and extreme off-road conditions. The towing capacity also comes in handy, towing a good amount at 3100kg. Taking the Pajero off-road gives you peace of mind with its safety features like the ISOFIX child seat anchors, the Reinforced Impact Safety Evolution, Active Stability and Traction Control and so much more. 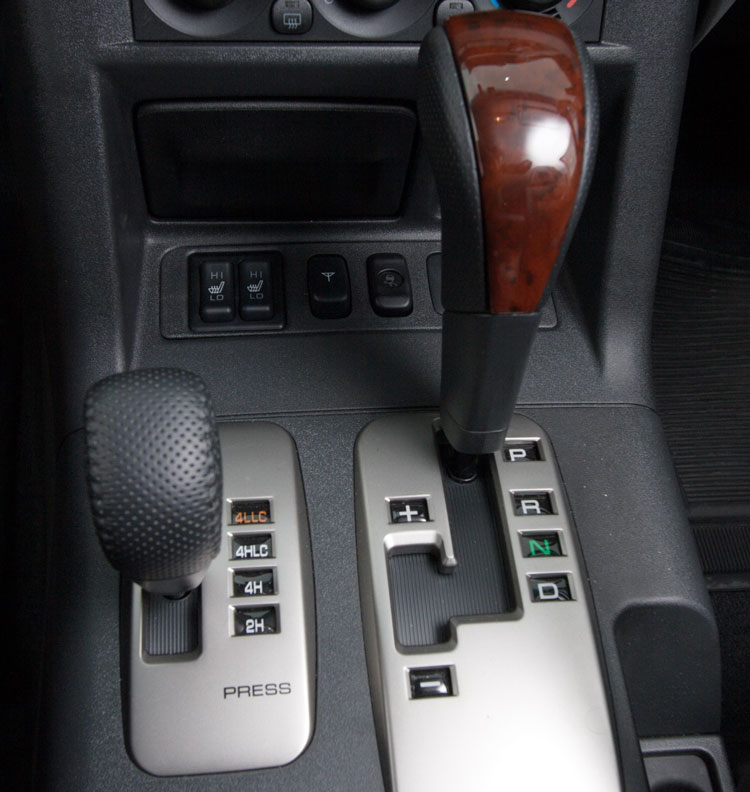 With all that in mind, it’s no surprise that the Pajero is a 12-time winner in the Dakar race. It won the years 1985, 1992, 1993, 1997, 1998, 2001, 2002, 2003, 2004, 2005, 2006 and 2007. For those who are unfamiliar with the Dakar rally race, to put it simply, it is an annual rally raid organised by the Amaury Sport Organisation, which is an off-road endurance event. The terrain that the competitors navigate across is much tougher than that used in conventional rallying, and the vehicles used are typically off-road vehicles, rather than modified on-road vehicles. The distances of each stage covered vary from short distances up to 800–900kms per day. 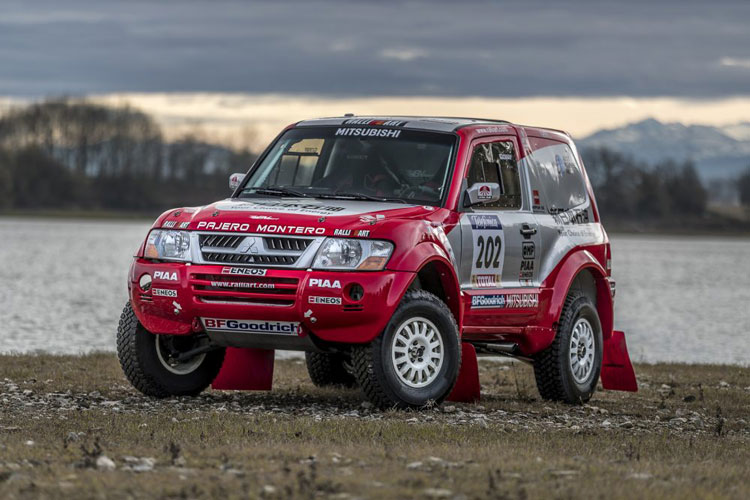 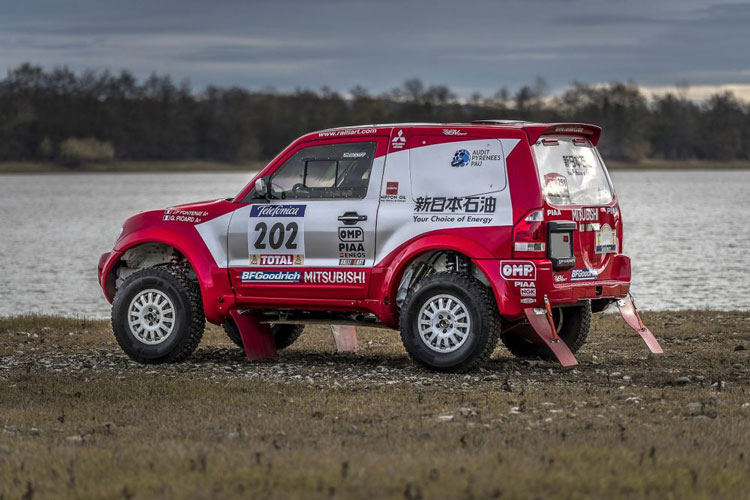 The Pajero is so comfortable and luxurious on-road that you would want to go buy bread in Namibia! The interior is huge, and the boot space is quite generous. One other value-added feature (Pajero LWB) we love is the Fold-Away 3rd Row Seats that are stowed away in the underfloor compartment which can be pulled out at any time to create more seating or fold away for more space in the back. The RockFord FosGate Sound System makes the Pajero more appealing. It consists of an 860W High Power Amp and 12 speakers including tweeters, woofers and subwoofers which gives you a genuine acoustic sound.

Derived from the Japanese terms “Mitsu” and “Hishi”, the two were put together for the manufacturer’s name today. “Mitsu” means three and “Hishi” means water chestnut. When you say “Hishi”, it is pronounced “Bishi”, hence “Mitsubishi”. Mitsubishi vehicles carry a lot of history, and we are proud to have the Mitsubishi Pajero LWB as a part of that history. This legend comes a long way with its first arrival in South Africa in 1983, and it is now the Limited edition with only 100 units available in the country. 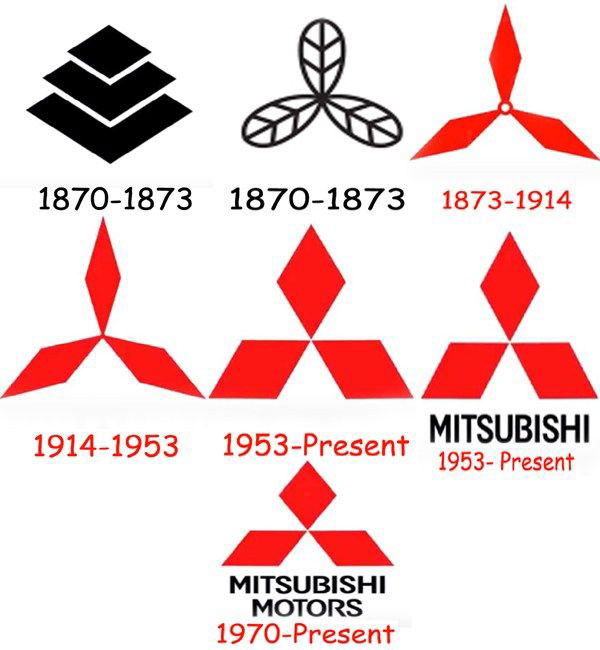 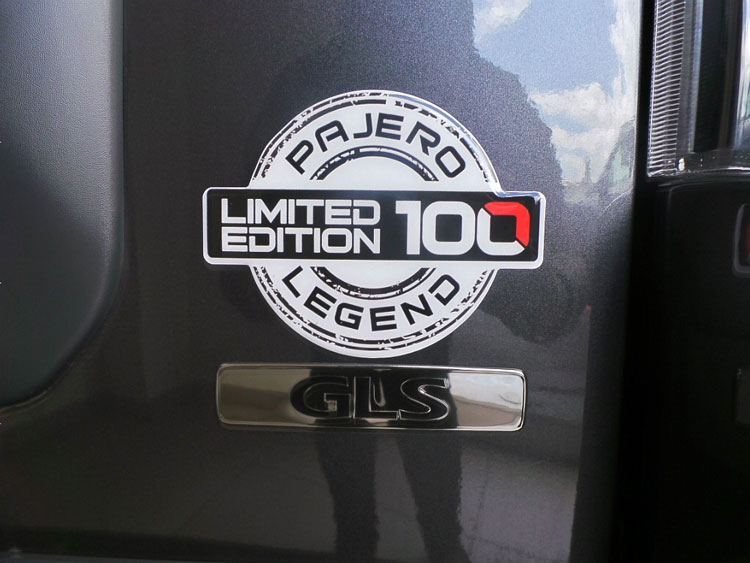