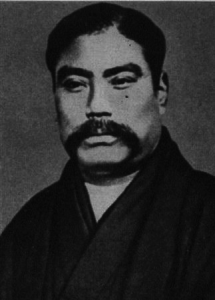 The Mitsubishi company was established as a shipping firm by Yatarō Iwasaki in 1870. The name itself consists of two parts, “Mitsu” meaning ‘three’ and “bishi” meaning ‘water chestnut’, and hence the three shapes reflected in the Mitsubishi logo. It is also often translated as ‘three diamonds’.
In the early days Mitsubishi had diverse but related business interests and entered into coal-mining to gain the coal needed for ships, bought a shipbuilding yard from the government to repair the ships it used, founded an iron mill to supply iron to the shipbuilding yard and started a marine insurance business to cater for its shipping business.

Mitsubishi is one of Japans largest companies and even throughout the world: 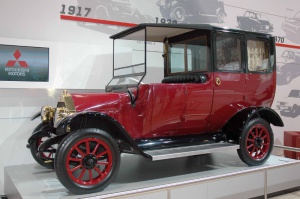 Mitsubishi’s automotive origins date back to 1917, when the Mitsubishi Shipbuilding Co. introduced the Mitsubishi Model A, Japan’s first series-production automobile. An entirely hand-built seven-seater sedan based on the Fiat Tipo 3, it proved expensive compared to its American and European mass-produced rivals, and was discontinued in 1921 after only 22 had been built.
Mitsubishi Motors went public in 1988, ending its status as the only one of Japan’s eleven auto manufacturers to be privately held. Mitsubishi Heavy Industries agreed to reduce its share to 25 percent, retaining its position as largest single stockholder. 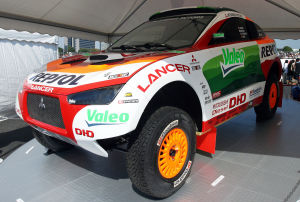 Mitsubishi is also the most successful manufacturer in the history of the Dakar Rally, one of the most challenging and dangerous motorsport events in the world. Mitsubishi’s maiden entry was in 1983 with their new Pajero, and it took only three attempts to find a winning formula. Since then, they have won in 1992, 1993, 1997, 1998, and between 2001 and 2007, an unprecedented seven consecutive victories and twelfth overall with nine different drivers.
Today Mitsubishi Motors manufactures a diverse range of cars from the recently introduced super-mini Mirage to the legendary Pajero 4×4.
To test drive one of our fantastic vehicles on offer be sure to visit our CMH Mitsubishi Menlyn dealership.